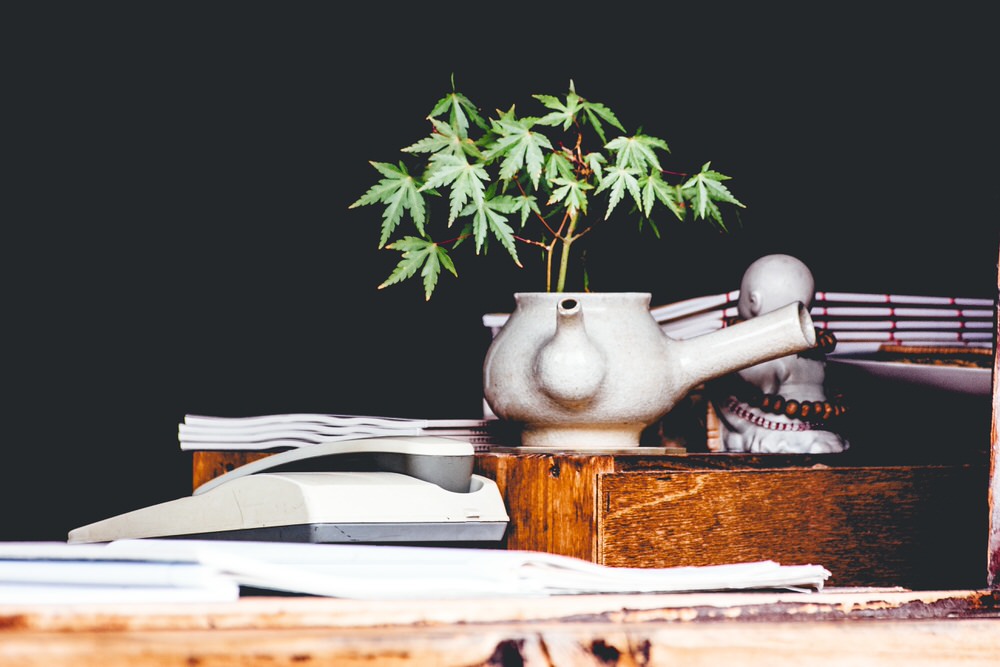 Tea is one of those things we know to drink when we have a cold, but do most people who drink  tea know the all the health benefits? For centuries, people have been brewing tea, either to drink or to use for healing, but you don’t need a scientist or a doctor to tell you that it will help you feel better when you’re under the weather.

Tea is not the same as coffee, and most of the time has less caffeine. It has zero, or close to zero calories, and they’re fragrant and appealing.

Most of us probably have Green tea, or chamomile in our pantry, but what about others? Here are 12 herbal teas you should be drinking for your health.

This traditional Chinese tea activates enzymes that cut down triglycerides, a type of fat found in the blood. In a study conducted by Shenyang Pharmaceutical University in China, one woman who consumed oolong tea burned a slightly larger amount of fat than those who only drank water.

Oolong tea also contains niacin, which helps to detoxify the body, and antioxidants that can prevent tooth decay.

Chamomile helps soothe the stomach and relieve bloating and indigestion. It also calms the mind and eases stress. Many people drink it before sleeping because it relaxes your body, enabling you to fall asleep naturally.

Studies have suggested that the antioxidants in chamomile tea can actually stunt the growth of cancer cells and curb diabetes, as well as side effects, such as loss of vision, and nerve and kidney damage.

Peppermint tea is soothing and fragrant. Peppermint can help you digest food better, and combats flatulence. It eases nausea and vomiting, so people who suffer from motion sickness should drink at least one cup per day.

One study conducted by the International Journal of Neuroscience found that peppermint tea can increase focus and concentration. In another, the University of Cincinnati found that the scent of peppermint was actually more important than the actual consumption of the tea. Peppermint diffused in a room full of volunteers increased their concentration and alertness, as the scent of menthol stimulates the hippocampus, the brain’s memory center.

Hibiscus tea reduces blood sugar and high cholesterol, and strengthens the immune system. Hibiscus flower infusions are known to reduce hypertension. Antioxidants are what keep the body free of free radicals, and a recent study showed that hibiscus tea is rich in antioxidants.

Hibiscus helps to cure liver disease and reduces the risk of cancer. It can also speed up the metabolism and help in weight loss.

Green Tea is one of the most common on this list. It has been called the “Wonder Herb,” both by doctors and drinkers of the tea. Drinking green tea lowers cancer risk and also inhibits carcinogenic in cigarettes and other compounds when imbibed.

Ginger has an active ingredient called zingiber, and lemon contains the immune-boosting compounds pectin and limonene. This makes lemon ginger tea an effective weapon against bacterial infections. One study showed that drinking lemon ginger tea can kill the bacteria linked to salmonella.

Scientists have found those who drink two or three cups of black tea a day are 50 per cent less likely to exhibit early early signs of dementia compared to those who did not drink it.

Studies have also suggested that it may reduce the risk of stroke and protect lungs against damage from cigarette smoke.

Rosehips are the fruit of the rose plant and have significant amounts of vitamin C, which is important for the immune system, skin and tissue health and adrenal function. Rosehip is an overall bealth booster, so consider grabbing a box the next time your at the supermarket.

White tea is another health multitasker. It offers the same potential cardiovascular and cancer-fighting benefits as other teas. Some research suggests that it may offer benefits to people with diabetes.

An animal study published in the journal Phytomedicine found that consuming white tea resulted in improved glucose tolerance and a reduction in LDL cholesterol. Some experts believe that this may eventually have implications for humans.

Lavender tea is made out of the dried purple, pink and white colored flowers that grow on lavender shrubs. A cup of lavender tea can soothe your mind and body, and induce sleep.

Lavender tea helps sooth and treat flatulence, colic, bowel infections and an upset stomach. Lavender is used to reduce body temperature during fever, for both children and adults. Lavender also has healing properties: use a wash of lavender tea to help with the healing wounds, cuts, ulcers and sores.

Rosemary is not only useful in the kitchen, but makes a healthful and health boosting tea. Rosemary can help your muscles to relax. On top of that, rosemary is an effective digestive aid as well. If you have gall bladder and liver complaints, drinking rosemary tea regularly will greatly help relieve your symptoms. Rosemary tea also relieves cough and mild asthma symptoms.

Cardamom tea has a pungent, sweet and aromatic flavor. Cardamom tea helps treat indigestion, prevents stomach pain, and relieves flatulence. It also helps to drink a glass of cardamom tea if you are feeling nauseous.

Cardamom tea fights pulmonary disease where lots of phlegm is present. It also works as a good expectorant and relieves coughs. If you have drunk too many cups of coffee, drink a couple of cups of cardamom tea to help detoxify the caffeine from your system. Drinking a cup of cardamom tea is helpful for women who experience mood swings during their menstrual period as well.

Lifestyle Changes For Those With Crohns Disease