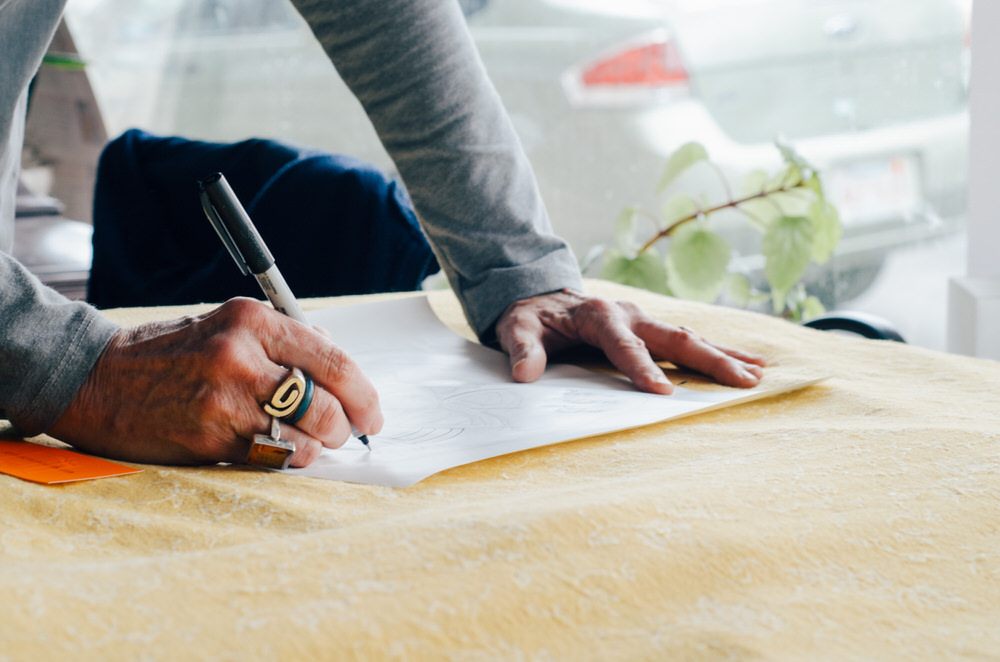 The neurodegenerative disorder is more treatable when you catch it early. The symptoms will vary between different patients, but if you’re experiencing them, talk to your doctor, not only to diagnose you, but to rule out the possibility.

Shaking can be normal right after exercise, if you’re feeling anxious, or if it’s a side effect to medication you’re taking. However, feeling a shake in your finger, hand, chin, lip or limbs when you’re relaxed could be a sign of Parkinson’s, according to the National Parkinson Foundation. You may notice a back-and-forth rubbing of your thumb and forefinger, known as a pill-rolling tremor. Around 70% of people with the neurodegenerative disease experience a resting tremor, which can become more noticeable during stress or excitement. Tremors are the most common symptom, but when Parkinson’s patients think back they realize they actually experienced loss of smell, disturbed sleep, or anxiety before the tremors began.

If your handwriting has suddenly gotten much smaller, this could be an early indicator of Parkinson’s disease. If it has suddenly gone from big and loopy to small, cramped and hard to read, please talk to your doctor. Many patients with this disease have slower movements and trouble with repetitive tasks, like writing. Keep in mind, this is a sudden change. Your handwriting can gradually become smaller as you age due to stiff hands or fingers, or poor vision.

While it’s not the most common symptom of Parkinson’s, patients have reported loss of smell as the earliest symptom they experience. There is no confirmed link between loss of smell and Parkinson’s, but one theory is that the alpha-synuclein (clumps of protein), found in the brains of all Parkinson’s patients, may form in the part of the brain responsible for smell. If you’re experiencing this, pick up a food with a strong scent, like dill pickles or licorice, and see if you can smell it.

If you feel stiff in your body, arms or legs, sometimes, stiffness goes away as you move, but if it doesn’t, that could be an early sign. Patients have reported that their feet feel “stuck to the ground” when they take a step, and you may notice that your arms don’t swing when you walk. Stiffness can make everyday tasks like walking and brushing your teeth extremely difficult. If people comment that you look stiff and you haven’t been injured, talk to your doctor.

Sometimes people can develop depression after learning of their Parkinson’s, but it’s also common for people to have been depressed for years before even experiencing a warning sign. Michele Tagliati, MD, director of the Movement Disorders Program at Cedars Sinai Medical Center in California says,  “Parkinson’s is characterized as a movement disorder because of a lack of dopamine in the brain, but there are also low levels of other neurotransmitters like serotonin, which are intimately related to depression. They lose pleasure in the simple things of life, like waking up in the morning and buying the paper”

Parkinson’s patients who are depressed tend to display feelings of apathy and lose interest in the things they used to enjoy.

It’s normal to have a restless night, everyone has had one. However, if you were once a calm sleeper, but now toss and turn, flail your limbs and even fall out of the bed sometimes, that could be a sign of Parkinson’s. Talk to your doctor if your partner or someone in you household notices the extra movement while you’re asleep.

If you’re not pooping every day, or if it becomes increasingly straining, that could be an early sign. Since Parkinson’s is a neurodegenerative disease, it affects the nervous system. The disease alters your nervous system, which controls bodily functions and digestion and bowel function. While it’s not unusual to be constipated, if you’re experiencing it along with other systems, it could be a sign.

A Soft or Low Voice

If you notice a change in your voice, talk to your doctor. People may tell you that even when you’re speaking in a normal tone, your voice is soft, or hoarse. Sometimes it may seem like other people are losing their hearing, but it’s really because you’re speaking softer.

Parkinson’s affect the muscles in your body, as well as the ones in your face. This may reduce automatic facial expression, and it can make communication more challenging. People might tell you that you look serious, mad or depressed, but it’s called masking. It’s more like a blank stare. Talk to your doctor if you experience this.

Sleeping Positions and How They Affect Your Health