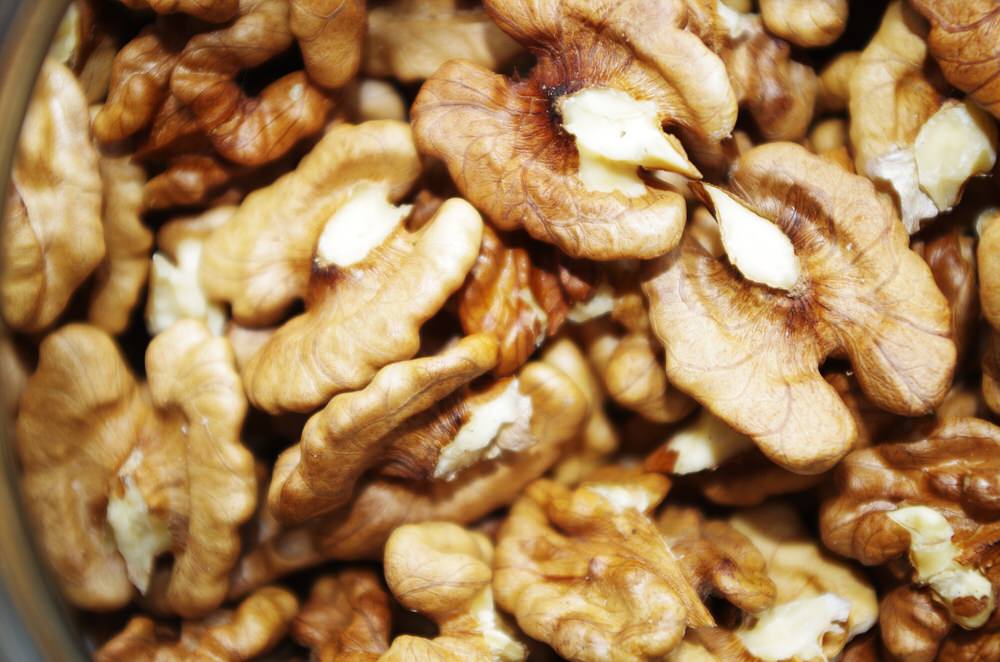 We all have those days when junk food seems like no big deal. A chip here, piece of chocolate there…had a big bowl of creamy pasta for dinner? Don’t worry, get yourself back on track by eating these 7 foods:

When you’re feeling bloated, turn to walnuts. Just 1/4 cup of walnuts offers 133 % of your recommended omega-3 content. A study conducted at Yale University suggested that eating them could lead to smarter food choices. The researcher’s found that adding 2 ounces of walnuts to a diet for six months lead to less snacking and healthier choices. Walnuts are satisfying and reduce cravings, which helps you avoid all that junk food.

If you’re feeling awful after a bad day of eating, chia and flax seeds are the way to go. In just 2 tablespoons they carry insane amounts of omega-3, and they’re loaded with fiber, which feeds gut bacteria and promotes weight loss. Fiber also helps to flush out any toxins you consumed. Chia and flax seeds provide calcium, protein and lignans, a powerful antioxidant. They also need no preparation at, just put some in water, a smoothie, yogurt or baked goods.

The dandelion root where this tea comes from is full of vitamins A, C, and D. It also contains zinc, iron, magnesium, and potassium. It also has more beta-carotene than a serving of carrots. You might be cringing at the thought of drinking a bitter tea, but unlike the dandelion leaves, the tea isn’t bitter. According to one study, Dandelion relieves bloating by reducing your water weight. It significantly increases the power of a detoxifying digestive enzyme, says a study published in the Journal of Pharmacy and Pharmacology. Another study suggested that dandelion tea provided the same effect as Orilstat, and obesity drug.

Seaweed are some of the healthiest vegetables out there…land and sea both included. When you’re feeling sluggish and bloated, taking B-12 helps. As the only non-meat source of B-12, it has several B vitamins. It contains iron, calcium, potassium, magnesium, phosphorus and niacin. Seaweed also contains EACH of the 56 vitamins the human body needs, along with vitamins A,K,C and E. The darker the seaweed, the stronger it is.

Aloe vera juice is a after a bad day of eating. It’s a nutritional powerhouse, packed with vitamins, minerals, and amino acids. A review in the British Journal of General Practice noted that aloe vera may decrease intestinal inflammation and helps repair damage in the gut. It may also increase healthy bacteria in the intestines that aid in digestion.

Try a probiotic if you’ve gone crazy with the sugar. Fermented veggies like sauerkraut, kimchi, or pickles replenish nutrients by providing a full dose of vitamin C, all of the B vitamins, and a rich serving of amino acids, especially lysine and methionine. Stop at a local Whole Foods and grab a bottle of kombucha.

5 Fruit Infused Waters You Should Be Drinking

Lifestyle Changes For Those With Crohns Disease

The Dangers of Rapid Weight Loss