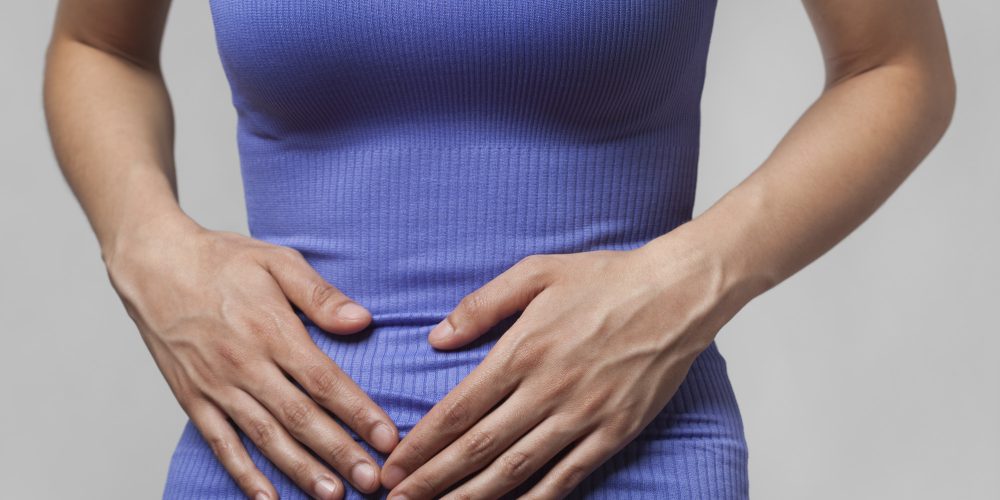 Crohn’s is a painful inflammatory bowel disease (IBS) that affects between 400,000 and 600,000 North Americans alone. It is caused by a combination of different factors: bacterial, environmental, and genetic. With Crohn’s disease, the patient’s immune system attacks the intestines.

As of now, there aren’t any known cures to Crohn’s disease, but many treatment options are available. These treatments look to suppress the Crohn’s and help the patient into remission.

Crohn’s disease is equally found in both men and women and can occur at any age. Smokers are twice as likely to get the disease. Though many of the symptoms of Crohn’s disease are gastrointestinal, your entire body can be affected.

Abdominal pain is actually one of the first common symptoms thought of in relation to Crohn’s. As the disease progresses, ulcers may form along the large and small intestines, so that when you eat, the food passes the injuries and causes a deep abdominal pain. Talk to your doctor if this is happening and if you’re throwing up your food because of how uncomfortable it is.

Crohn’s disease causes the intestines to pump out water and electrolytes. This mixes with your stool, causing diarrhea. If you suffer from frequent diarrhea, you can become dehydrated, so make sure you replace your body’s water supply by drinking plenty.

Bloody stool is a symptom of Crohn’s disease. As the inflammation of the bowels cause ulcers, blood may mix with the stool. Frequent diarrhea can cause bloody liquid to be discharged into the toilet. If you experience any type of bloody stool, contact your doctor immediately.

If you find yourself defecating upwards of 15 times a day, go see a doctor. Hemorrhoids are common as the bowels lose friction to the excrement. Your bowels shouldn’t be waking you up in the middle of the night.

Especially in kids, Crohn’s can cause nutrient malabsorption and stunt growth. On an adult, Crohn’s disease can also cause weight loss. This will happen when the affected person refuses to eat, because it’s less painful. An affected individual may also fail to absorb carbohydrates and fat, thus excreting them and not absorbing the calories.

Crohn’s Disease patients have a higher chance of seronegative spondyloarthopathy. This disease affects the skeleton and resembles rheumatoid arthritis in symptoms. Large joints may be affected by inflammation. Conversely, the small joints of the hands and feet may be affected. This type of disease affects the spin, limiting motion and body function.

Vision troubles can accompany Crohn’s disease. They can leave you blind if you don’t treat them right away. Two eye condition that can be caused by Crohn’s are episcleritis affects the white of the eye, and uveitis, which affects the interior of the eye. Both conditions are a result of inflammation.

Crohn’s disease may affect the ileum, which is the last part of the small intestine. Its function is to absorb both the vitamin B12 and the bile salts. When Crohn’s disease strikes, the salts are not absorbed and are then excreted. The gallbladder then has an unbalanced ratio of cholesterol to bile,  causing distress and eventually gallstones. A gallstone attack is very painful, and resembles the pain of a heart attack.

Crohn’s disease may manifest in the skin of an affected individual. It can cause blood clots, resulting in deep venous thrombosis. There are two main skin manifestations: erythema nodosum and pyoderma gangenosum. Erythema nodosum causes red nodules around the shins of the afflicted individual. Pyoderma gangrenosum causes ulcers in the form of necrotic tissue. It is common on the legs, but can form anywhere on the body. Both conditions start with superficial small imperfections but grow to be large and painful.

How To Pick A Financial Advisor