13 Signs of Cancer Men Are Likely to Ignore 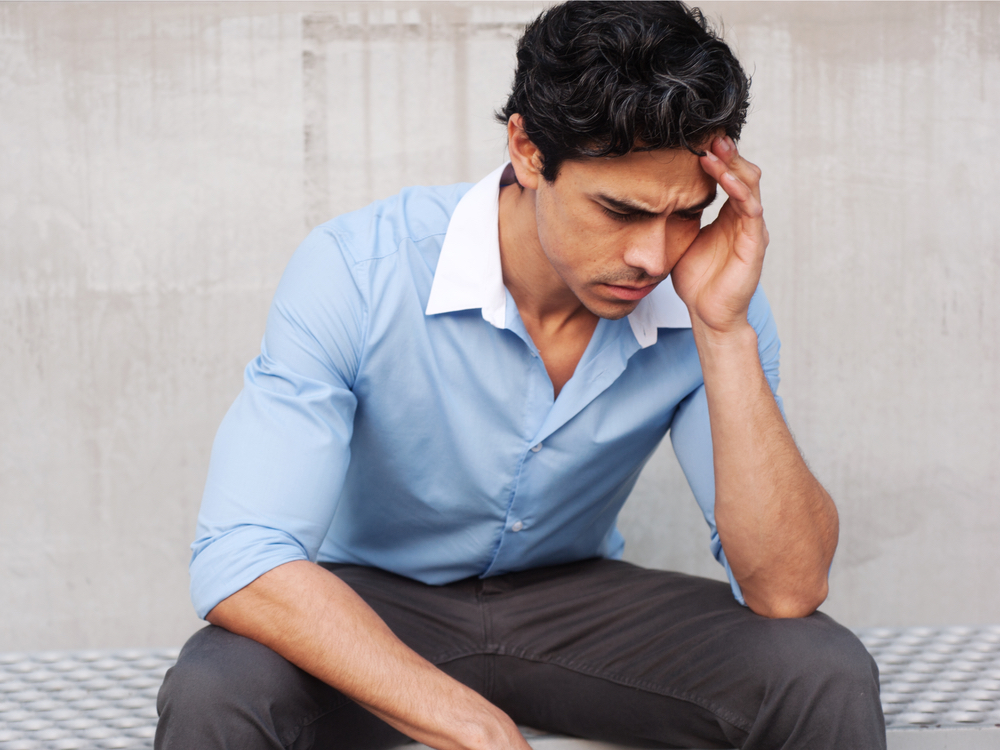 Many men’s cancer signs can mimic symptoms of other diseases or conditions—and many men are notorious for delaying doctors’ visits—so it’s easy to ignore them. But it’s important to know your body and see a doctor about these or any unusual pains or other changes.

If it’s consistently difficult to urinate, or there’s blood in your urine or semen, or if you experience unexplained erectile dysfunction, see your doctor; these could be symptoms of prostate cancer. “Unfortunately, there aren’t noticeable symptoms of prostate cancer until the aggressive stages,” says Moshe Shike, MD, gastroenterologist at Memorial Sloan Kettering Cancer Center in New York City. Dr. Shike says he frequently sees patients who ignore these symptoms for up to six months before they seek help, but the sooner you check out your symptoms, the better.

Just as women should be familiar with how their breasts look and feel, men should pay attention to their testicles. If you notice changes in size (to one or both), if they feel swollen or extra heavy, or if you feel a lump, these symptoms could indicate testicular cancer, says Maurie Markman, MD, an oncologist at Cancer Treatment Centers of America. Testicular cancer is most common in young and middle-aged men.

Men over 50 are about twice as likely as women to develop and die from skin cancer; young men account for 40 per cent of melanoma cases, but 60 per cent of melanoma deaths, according to the Skin Cancer Foundation. Why? A study by the National Sun Protection Advisory Council found that men spend more time in the sun than women and are less likely to wear sunscreen; men also have less hair covering their scalp and ears, two areas where they tend to develop cancer. Also, traditionally men visit the doctor less often than women do, so their cancers may not be caught as early.

It’s easy to miss the early warning signs of skin cancer, says Rich Wender, MD, chief cancer control officer for the American Cancer Society. “Many people think freckles, moles, or darker age spots are just like the others they’ve had,” he explains. If you notice a mole getting darker, larger, or becoming raised, get it checked. With melanoma, spots are often irregularly shaped (not round), significantly darker in colour, or even two distinctly different colours within one spot, he says. “Melanoma is far less common than other skin cancers, but has the potential to be more deadly,” says Dr. Wender. “However, many melanomas have a long period where they’re not invasive and easy to cure, as long as they’re caught early.”

Sores or pain in your mouth

A cold sore that heals is probably nothing to worry about, nor is a toothache that goes away after a trip to the dentist. But if you notice sores that don’t heal, pain that sticks around, white or red patches on the gums or tongue, and any swelling or numbness of the jaw, it could be a sign of some mouth cancers. Men who smoke or use chewing tobacco have an increased risk of developing mouth cancer, says Dr. Markman. “More men smoke than women. Smokers and users of chewing tobacco need to be far more concerned with sores in their mouth that do not heal quickly, compared to non-smokers,” he says.

A cough that lasts three weeks or more—without other symptoms, such as a cold or allergies—could be an early symptom of lung cancer. Leukemia can also lead to bronchitis-like symptoms. “If it’s different than your regular cough and if it persists, or you cough up a little blood, that’s significant,” says Dr. Markman. Some lung cancer patients report chest pain that extends up into the shoulder or down the arm.

Blood in your stool

It could be hemorrhoids or something benign—but it could also be a symptom of colon cancer. Routine screening typically starts at age 50, but cases are becoming more common in younger adults, which is why it’s important to see a doctor for any suspicious symptoms. “It’s easy to dismiss it as hemorrhoids or constipation, and if the problem comes and goes, people reassure themselves that nothing’s wrong, especially younger people,” says Dr. Wender. “But blood in a bowel movement is never normal, so get it checked out.”

Everyday digestive distress is rarely cancer—but you should see a doctor if you notice persistent stomach cramps or are starting to feel nauseous all the time. It could be something as simple as an ulcer, but it could also signal leukemia or esophageal, liver, colorectal, or pancreatic cancer.

If you’re usually healthy but notice yourself getting sick or feverish more frequently, it could be an early sign of leukemia. This blood cancer triggers the body to produce abnormal white blood cells, which weakens the body’s infection-fighting abilities. Be on the lookout for flu-like symptoms that don’t go away.

A sore throat that persists for a few weeks and gets worse could be a symptom of throat or stomach cancer, as well as an early sign of lung cancer.

A random bruise is probably nothing to worry about, but if you start to notice bruises popping up all the time, especially in places you wouldn’t normally get them, like your hands or fingers, it could indicate a more serious health condition. Unusual bruising can be a leukemia symptom, according to Cancer Treatment Centers of America. Over time, leukemia impairs the blood’s ability to carry oxygen and clot.

“Weight loss for a lot of Americans is a good thing—everyone’s dieting—but if you have less appetite when you usually have a good appetite, and there’s no big life event or problems happening to cause that, get it checked out,” says Dr. Markman. Losing weight can be a side effect of many different cancers such as esophageal, pancreatic, liver, and colon, but it’s an especially common symptom of leukemia or lymphoma, says Dr. Wender.

Everyone has low-energy days. However, if you feel tired every day for more than a month, or experience shortness of breath when you didn’t before, see a doctor, says Dr. Wender. Leukemia and lymphoma commonly cause persistent fatigue. “Most of the time it won’t be cancer, but get it checked because you never know,” he says. These are other medical reasons you could be tired all the time.

If you’re not prone to migraines and never get headaches, but suddenly find yourself popping pain meds all the time, it could be a sign of a brain tumour, which causes pain by pressing on nerves.

How To Tell If Your Favourite Summer Fruits are Ripe

Is Manopause A Bad Thing?