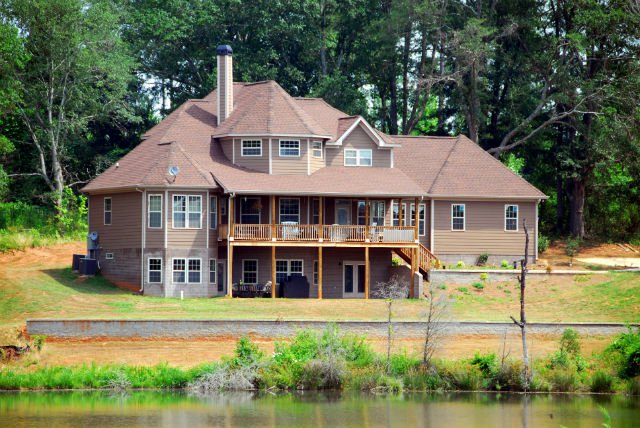 Affordability in Canada is a hot-button issue in several housing markets across the country. Property prices increase and affordability decreases as the population flocks to major urban centres. For instance, the Greater Toronto Area’s population is projected to grow by more than 100,000 people annually over the next three years, according to a Toronto Board of Trade report.

As the population of many Canadian cities continue to grow, that may lead many prospective homebuyers to ask “how much mortgage can I afford?”

According to the Canada Mortgage and Housing Corporation’s benchmark, housing is considered “affordable” when no more than 30% of pre-tax income is spent on homeownership expenses. In Canada, the national average is 45.9%. This means many Canadians will spend almost half of what they earn paying off their mortgage and other property-associated expenses.

Vancouver and the GTA

Unsurprisingly, the Vancouver area tops the charts with a score of 79.7% in the first quarter of 2017. What’s surprising is this rate has actually decreased since the third quarter of 2016, when it measured an alarming 92%. One year after British Columbia implemented a 15% tax on foreign buyers in Metro Vancouver, affordability seems to have improved slightly. The Greater Toronto Area (GTA) comes in second place at 72%, up 8.3 percentage points compared to the third quarter of 2016. Ontario introduced a 16-point housing affordability plan in April, but only time will tell if it will have a positive impact.

When looking at these two cities, it’s clear how unaffordable they truly are. Only those with significantly higher-than-average household incomes can afford to purchase an average-priced home in these two areas.

Montreal, Calgary, and Ottawa round out the top five most unaffordable list at 43%, 39.6%, and 34.8%, respectively. Although these numbers are lower than Toronto and Vancouver, they’re still above the 30% affordability threshold. 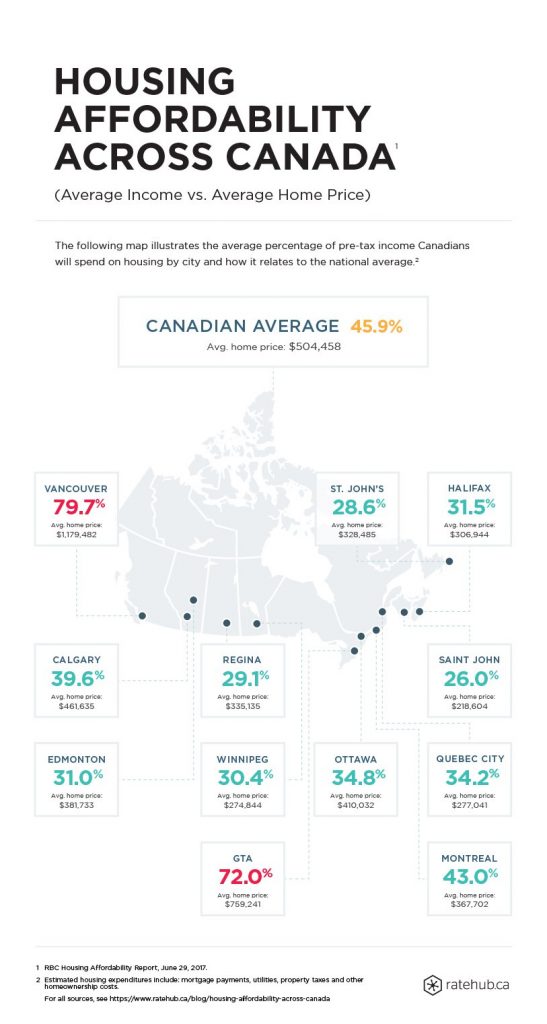 How To Become a Financial Wizard

Why Now is the Best Time To...