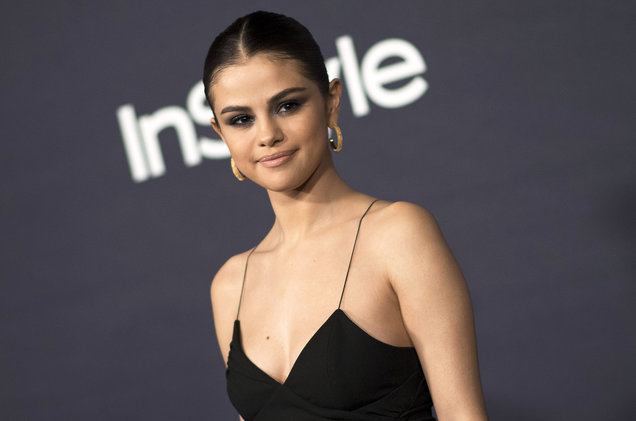 It definitely came as a shock to a lot of people when Selena Gomez announced her kidney transplant back in September. She opened up about her experience on Instagram, with a picture of her healing stomach and of her side by side with best friend and actress Francia Raisa, the girl who as she puts it, “saved her life.”

I’m very aware some of my fans had noticed I was laying low for part of the summer and questioning why I wasn’t promoting my new music, which I was extremely proud of. So I found out I needed to get a kidney transplant due to my Lupus and was recovering. It was what I needed to do for my overall health. I honestly look forward to sharing with you, soon my journey through these past several months as I have always wanted to do with you. Until then I want to publicly thank my family and incredible team of doctors for everything they have done for me prior to and post-surgery. And finally, there aren’t words to describe how I can possibly thank my beautiful friend Francia Raisa. She gave me the ultimate gift and sacrifice by donating her kidney to me. I am incredibly blessed. I love you so much sis. Lupus continues to be very misunderstood but progress is being made. For more information regarding Lupus please go to the Lupus Research Alliance website: www.lupusresearch.org/ -by grace through faith

“There aren’t words to describe how I can possibly thank my beautiful friend Francia Raisa,” the singer wrote in the post. “She gave me the ultimate gift and sacrifice by donating her kidney to me. I am incredibly blessed. I love you so much sis.”

Now, in a pre-recorded interview, the two are set to appear on Today this morning to talk about their experience with Savannah Guthrie. Gomez credits Raisa with saving her life and `believes she would not be alive if not for her donation.

“I guess I got to the point where it was really kind of life or death.”

“You feel that Francia saved your life?” –@savannahguthrie
“Because she did.” –@selenagomez pic.twitter.com/2C2tzIvz1S

“My kidneys were just done” Gomez told Guthrie. “That was it and I didn’t want to ask a single person in my life … and she volunteered and did it.”

In 2015, Gomez revealed to Billboard that she had been diagnosed with Lupus and was undergoing chemotherapy.

In 2016, she took a much needed leave from the spotlight, due to “anxiety, panic attacks and depression,” due in part to her diagnosis.

7 Things to Know Before You Donate Blood

Some Investments to Think About When You’re Young

Angelina Jolie Opens Up About her Struggle...