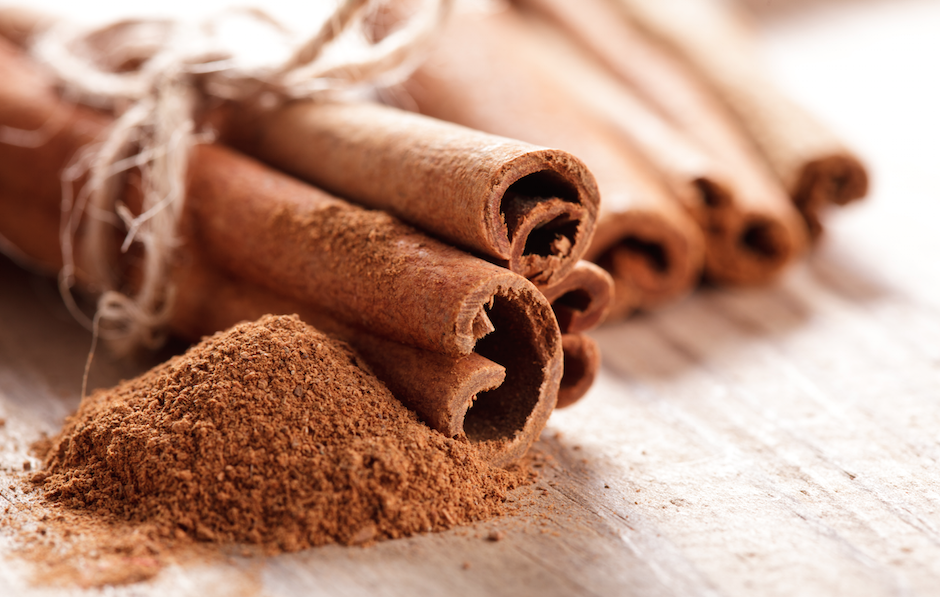 Cinnamon isn’t just good for a sprinkle of spicy flavour, turns out it actually has many benefits. An essential latte topping? Check. Great on donuts? Check. Soothes an upset stomach? Double check. Here are some things you need to know about cinnamon:

Cinnamon is used to treat GI or gastrointestinal disorders, gas and diarrhea since it has antibacterial properties. Those who suffer from colic, vomiting, flatulence, griping or weak digestion can benefit from cinnamon for it stimulates and warms the digestive system.

Good for symptoms of Alzheimer’s and Parkinson’s disease

Cinnamon has been shown to help neurons and improve motor function in those suffering from Alzheimer’s or Parkinson’s. Alzheimer’s and Parkinson’s diseases are two neurological conditions that are currently incurable. Symptom management, is very important and can be boosted with the addition of cinnamon to a regular diet.