7 Foods That Keep Your Body Cool 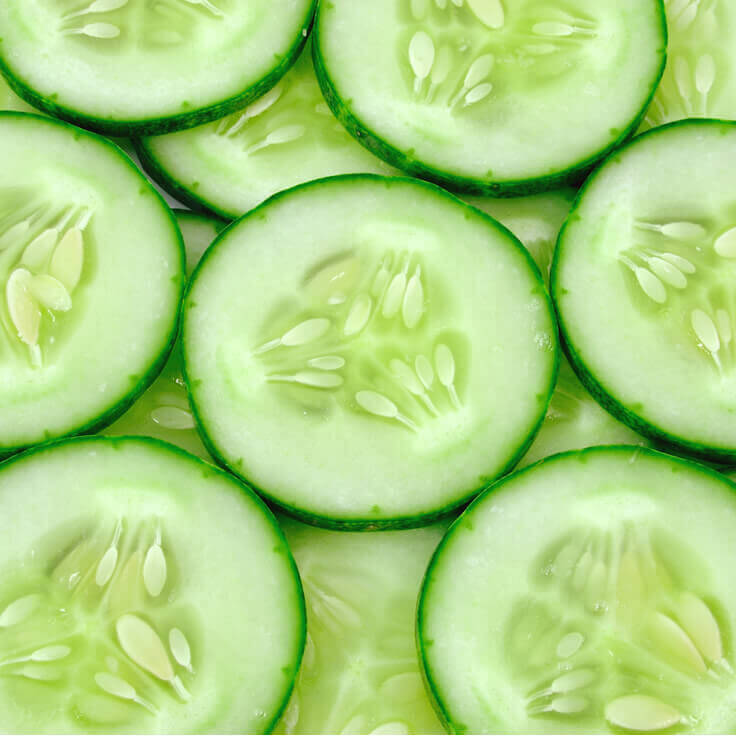 Summer is a time littered with cold beers, days by the pool, and frozen desserts. It’s all about beating the heat.

Surprisingly enough, though, foods that seem like chill choices may actually have the opposite effect. According to traditional Chinese medicine, there are “warming foods” and “cooling foods”—and the definitions have nothing to do with their temperature.

“It is said that cooling foods help to clear heat and toxins from the body, whereas the warming foods increase circulation and raise ‘qi,’ or vital energy,” explains Kerry Bajaj, a certified health coach at Eleven Eleven Wellness Center in New York City. Reach for the following eight foods this summer for some sweet, healthy relief.

Being “cool as a cucumber” might actually have some weight to it. Cucumbers are incredibly hydrating, and staying adequately hydrated during the hotter months is crucial. Snack on cucumber slices and hummus, or if you’re truly desperate for some heat relief, “a green juice with lots of cucumber and lemon is a great way to stay hydrated and cool,” says Bajaj. Either way, you’ll reap the benefits.

No day at the beach is complete without some fresh slices of watermelon, and you’re actually doing your body a favor by keeping the tradition alive. “It’s so helpful to eat seasonally, says Bajaj. “In the summer, cooling foods like watermelon can act like internal A/C, while in the winter, warming foods like meat, spices, and root vegetables can act like an internal space heater.”

Originally cultivated in China, peaches are another cool, seasonal pick. Not only are they delicious this time of year, but they also contain vitamins A and C, which promote healthy skin—and at 35-50 calories a pop, they make the perfect diet-friendly dessert.

Pair apples with peanut butter for the perfect snack that will cool you down and fill you up. Apples contain about 4g fiber for around 95 calories. They also contain a type of soluble fiber called pectin, which has been found to stop hunger in its tracks and aid in weight loss.

Along with banana, spinach, kale and cucumber, pineapple makes for a kick-ass green smoothie booster. In fact, all of these ingredients are considered to be cooling, so blend away. Pineapple is also the only known source of an enzyme called bromelain, which is credited for reducing inflammation in the body.

Is there anything that leafy greens can’t do for your body? Spinach, kale, collard greens, and romaine take the nutritional cake (so to speak) for healing and helping your body. Since greens have a high water content, they’re easy to digest. This means your body doesn’t have to work as hard, which saves you energy and keeps you cool.

Citrus has a cooling effect on the body and promotes detoxification. Everyone knows how important it is to drink a ton of water every day, but plain ol’ H2O can be boring. Time and time again experts recommend adding lemon to your water not only for its skin and immune-boosting benefits, but because it actually encourages you to drink more water overall.

3 Reasons Why You Should Consider a Low Interest Credit Card