5 Reasons Why You’re Still Broke (Spoiler: Avocado Toast Isn’t One of Them) 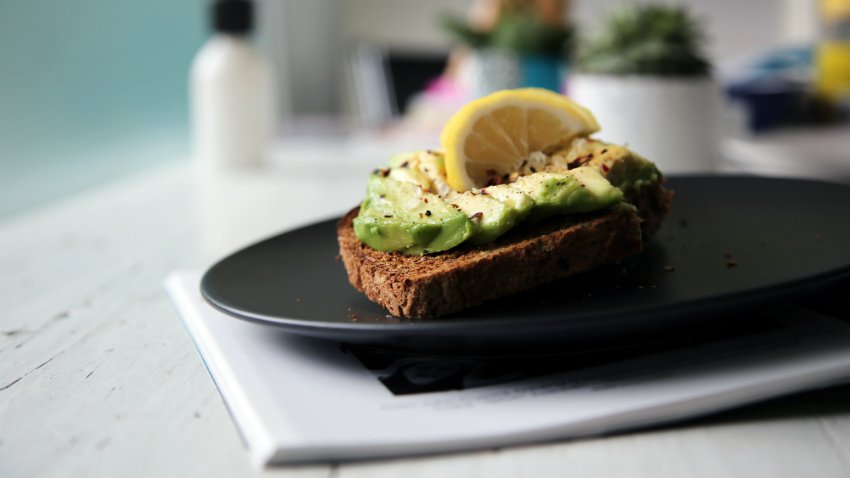 You’re having trouble paying off those student loans from 10 years ago. You don’t have any money in the bank in case of emergencies. If your employer didn’t pay you this week, you’d be in real financial trouble.

If any of these statements are true, you’re broke — but you’re not alone. According to a survey by the Canadian Payroll Association, 47% of Canadians would have difficulty meeting their financial obligations if their paycheque was late by even a week.

Fortunately, being broke is often a symptom of bad financial habits. If you eliminate the habits, you’ll eliminate the symptom. Here are five common habits of broke people, and how to eliminate them from your life forever.

You’re wearing your wealth on your sleeve

Look, I get it. When your friends have the newest iPhones, expensive handbags, and new cars, the temptation to keep up can be too much to resist. But you don’t know how they paid for those wealth symbols — they might be up to their eyeballs in credit card debt. The people who obsess about outward signs of wealth are often the most broke among us.

Instead of swiping your credit card for another gadget, cut that habit out, live within your means, and learn to accept that the truly wealthy among us are those with money in the bank, not expensive possessions.

Budgeting is boring and can feel restrictive at first, but you’ll always be broke until you learn to live with one. Budgeting is the only way to oversee your spending, to figure out where your money is currently going, and then redirect it to paying off debt or saving money. Budgeting will help you determine if you’re consistently overspending, or just spending money on the wrong things.

Without a budget, trying to get your financial life in order will be like trying to feel your way around in the dark. So go towards the light, get a budget, and stick to it.

If you’re in a cycle of putting purchases you can’t afford on your credit card, paying them off slowly, and then repeating the process, you might be broke forever. The high interest rates associated with credit card debt can add up to hundreds of dollars in interest charges. Unless you make a dedicated effort to pay off your credit card debt, you might never see a zero balance.

If you’ve been carrying a credit card balance, paying it off should be your number one priority. Stop making purchases that you can’t afford and send every available dollar towards paying off that debt. You can speed up the process by moving your credit balance to a balance transfer credit card, which is a credit card that charges a very low promotional interest rate for a set period. With the MBNA Platinum Plus Mastercard, you could get a 0% interest rate on transferred balances for the first 12 months (plus a fee of 1% of the amount transferred).

You aren’t saving for emergencies

While living within your means and not carrying high-interest debt is a good start, you need to have money saved for emergencies. If you don’t you’ll end up using debt to cover the emergency, and you’ll be right back where you started — broke.

To get started, open a tax-free savings account (TFSA) and start depositing money into a high-interest savings account. A few thousand dollars is a great starting goal and will insulate you from most minor emergencies. Once you have a good base established, you can grow your emergency fund to cover three to six months’ living expenses.

If you don’t want to keep that much money in a savings account, you could invest it in safe, high-interest bearing investments such as guaranteed investment certificates (GICs). GICs allow you to earn a higher interest rate, but the downside is that the money is locked away for a period. For example, a one-year GIC could earn an interest rate as high as 2.75% for one year, but you can’t access the money for a year. Because the money is inaccessible, you should only use GICs for a small portion of your emergency fund.

You’re a victim of lifestyle inflation

Lifestyle inflation is the silent killer of financial prosperity and the reason that 47% of Canadians feel like they’re broke. It’s not that these Canadians have a super low income or have experienced financial hardship. They feel broke because they’re spending almost everything they earn.

While a certain amount of lifestyle inflation is normal and expected, it’s important to be vigilant against excessive overspending. A good way to guard against lifestyle inflation is not to allow your budget to increase with your income. Sure, you can inflate your lifestyle a little, but you should be adding the majority of your raises to your savings or debt repayment goals. Diverting your extra income to financial goals will ensure you live within your means, and will help you stop feeling broke.

This article originally appeared on RateHub.ca.

3 Reasons Why You Should Consider a Low Interest Credit Card

Why You Should Consider a Digital-Only Savings...

Can You Afford a Million Dollar Home?