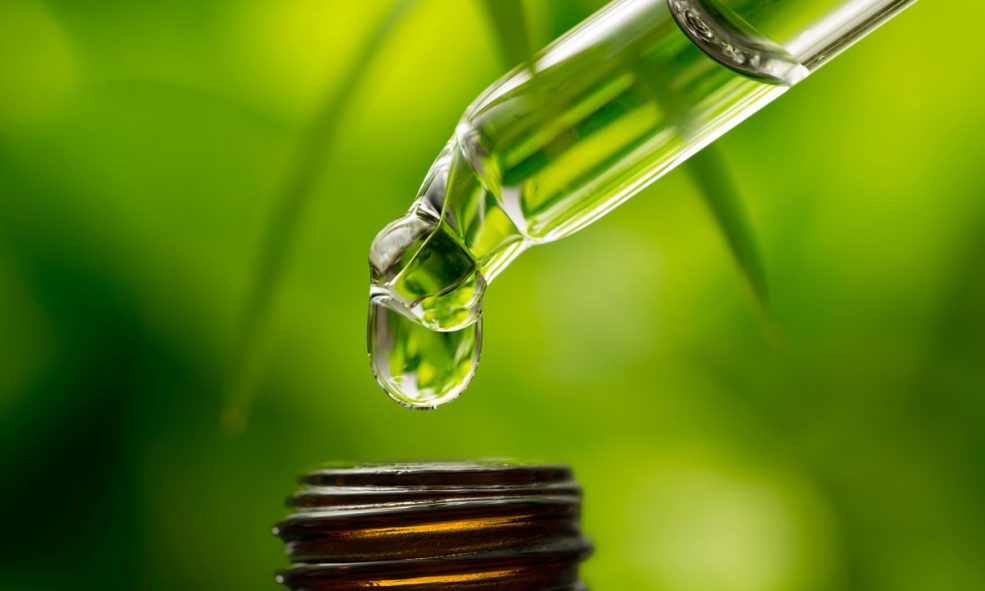 Every so often a new health craze sweeps the nation. Remember when kale was suddenly in everyone’s fridge? Or when coconut oil became a staple in every woman’s beauty routine? CBD hemp oil is everyone’s new favorite thing, and for good reason. CBD (Cannabidiol) is one of the main compounds found in the hemp plant. Unlike THC (the other main compound found in hemp), CBD is non-psychoactive, meaning that users will not get high from ingesting it. The effects of CBD oil will probably go unnoticed by the user, however, that doesn’t take away from the benefits of this versatile oil. While some may use CBD just to improve their well-being, the oil can be used to treat multiple disorders.

If you suffer from chronic pain, CBD oil can help you. Substantial evidence has been collected regarding the use of CBD oil for treating chronic pain. Similar to the cannabinoids found in hemp, our bodies produce endocannabinoids, which act on our endocannabinoid system (ECS). The ECS has receptors throughout the entire body which affect things like our immune system and pain levels. CBD works directly on these receptors and can help to reduce pain and inflammation symptoms. Taking CBD oil under the tongue means it will enter your body through the mucous membrane and enters the bloodstream quickly. This method is useful for those with generalized nerve pains. Topical CBD lotions and creams are good for those who suffer from arthritis.

Epilepsy is a debilitating disease characterized by a group of neurological disorders which often leads to epileptic episodes, or…seizures. During a seizure, there is excessive neuronal brain activity that leads to brief loss of consciousness and jerking of the body. Unfortunately seizures come without warning, and some patients have been found to experience up to 50 seizures a day.

Scientific studies have shown that the endocannabinoid system plays a big role in seizure maintenance, generation, and control. With the knowledge that CBD acts directly with the ECS, scientists were curious as to how it would effect somebody who suffers from seizures. As it turns out, you can find numerous stories of epileptic patients reducing the number of seizures had per day.

Parkinson’s Disease is a degenerative disorder that affects the central nervous system. A decline in motor skill and being shaky or rigid when walking while  performing day-to-day tasks are what patients with this degenerative disease have to deal with daily. One in three people with Parkinson’s also suffer from depression and anxiety, caused by the symptoms their condition.

Parkinson’s is significantly affected by the ECS. CBD acts directly on the ECS, and also does some other great things for those who have Parkinson’s. CBD has been shown to work as an ‘inverse agonist’ to the GPR6 receptor. When this happens, the levels of dopamine are boosted, preventing the loss of motor skills in those affected by this disorder. CBD also prevents neurons from dying, which is something that happens as a result of Parkinson’s.

Glaucoma is caused by is caused by intraocular pressure in the eye. An increase in pressure causes the nerve that connects your eye to your brain to suffer damage. If left untreated, you could eventually lose your vision permanently. The ocular tissues in the eye are affected by cannabinoid receptors from the ECS. When CBD is administered to patients, the compound binds to these receptors and can reduce the pressure behind the eye. Data shows that after a dose of CBD, patients had lower blood pressure and a higher heart rate which ultimately resulted in lower intraocular pressure on the eyes.

Around seventy million people in the US alone suffer from insomnia. Studies have shown that CBD can reduce symptoms of insomnia and allow a good night’s sleep without all of the nasty side effects that come with alternative sleep medications. In a lab study, one group was given a dose of CBD while another was not. The results showed that the group given CBD oil had an extended period of sleep, while the group who did not have it slept for a shorter period. Interestingly enough, the patients who took CBD oil the night before were also more alert during the day. Just a dose of CBD oil in the morning can reduce tiredness and will allow for a productive day.

This might just be a health craze that sticks.

5 Reasons Why You’re Still Broke (Spoiler: Avocado Toast Isn’t One of Them)

Eczema And Psoriasis – An Inexpensive And...